In which our friends learn a bit more of what has been going on, and begin to explore the accursed town of Wittgendorf.

Shortly after midnight, the adventurers sailed off from Deudorf after quickly loading the dead and wounded, their equipment, the contents of the cart and the mercenaries’ two horses (not a comfortable fit) onto their boat. Etelka Herzen’s black cat, Schatten, slipped aboard just before departure and disappeared somewhere.

Upon closer examination, Wernhart found Etelka might not be dead after all – she appeared to be in a deep coma with small signs of life. This might or might not be relevant to the fact that her pocket watch was ticking backwards. The adventurers decided to keep her alive, but under close observation, for now.

Going through Etelka’s and her cronies’ luggage, several interesting things were found alongside various weapons and normal equipment:

Aenlinn suspected that Esther’s mission in Nuln might be related to an incident last winter, when she’d been investigating a kidnapping of local children and, along with Zima, narrowly failed to catch the ringleader – apparently known as “the Magister”.

Etelka’s mercenaries (who hadn’t heard their employer might not actually be dead) were cooperative and willingly answered questions. Apparently they’d only been hired on for the escort mission and knew nothing about Etelka’s darker plans. They did mention a man who apparently knew Ernst talking secretively to him and Etelka in Kemperbad; the description sounded very much like Hans Jinkerst, with whom Aenlinn had had a near-fatal encounter at the Hooded Lantern inn about a month earlier.

Where to go next? The letters suggested that there might be things of interest in the observatory (under the signal tower near Bogenhafen), and that something major was going down in Middenheim, but the signal tower was far away and Middenheim even further. Castle Wittgenstein, on the other hand, was just a few hours sailing away. The adventurers decided to investigate there first.

In the morning, the adventurers put the mercenaries ashore at the Boat and Child coaching inn with some extra money for treatment and an address to Hans Klappmesser in Kemperbad.

Marike had had an awful nightmare, apparently showing glimpses of her forgotten (or blocked-out) meeting with the Acolute in Kemperbad. She had dreamed of people in robes and masks, a dark corridor with torches, and – just before waking up – a flashing scene of some of the masked people about to murder someone covered in a cloth. She thought none of the people in that image was her, but she couldn’t be quite sure…

After a few more hours of sailing and an interlude with an obnoxious toll-keeper, the party approached the spooky Castle Wittgenstein and the apparent ghost town of Wittgendorf. There seemed to no entry to the castle from the river except a river-gate barred by a portcullis, so they anchored at the dilapidated wharf of Wittgendorf. At the wharf they were greated by a few broken-looking beggars and gave them some smoked fish. Zima and Courage were left on board to guard Etelka, in case she came to.

As they got up to the town square, they came upon an unpleasant scene. A beautiful, expensively-dressed young lady and a heavily armed soldier, both on horseback, looked on impassively as a few other soldiers on foot were dragging an unconscious man back to their horses. They were surrounded by a small milling crowd of people mostly looking on in apparent fear.

Discreetly, the adventurers moved into the back of the crowd and tried to figure out what was going on. Apparently the man had been arrested for poaching or possibly some other crime; the young lady was Jungfrau Margrethe von Wittgenstein, the daughter of the Baroness Ingrid. 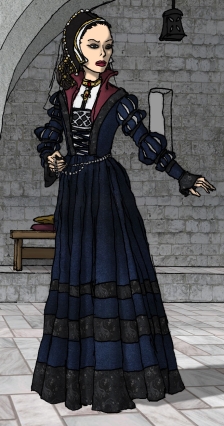 The soldiers loaded their prisoner on a horse and the mounted party rode back up to the castle. The crowd starting to disperse, leaving a dead man on the ground with a freshly severed arm. A few other townspeople quickly dragged the body off.

Wittgendorf indeed looked like a ghost town. The streets were choked with debris and overgrown, and many of the houses were abandoned and ruined. Most people were dressed in rags, apathetic and apparently half-starving. At one point the adventurers caught a distant glimpse of a man fighting a dog over a bone and apparently losing.

On a hill, north of town, stood the old Church of Saint Sigmar, while Castle Wittgenstein towered over the town about a mile to the south.

There was actually an inn in Wittgendorf, and it was even open. The adventurers tried to ask the depressed-looking innkeeper, Hermine Minzel, about what was going on here. Her answers were cagey, and they got the distinct impression she was scared. She warned them from going up to the castle – “those who go there do not come back” – and mentioned that everything had got worse “since the storm”. The adventurers rented a couple of room and hoped to get more out of her later.

The adventurers decided to take a look at the church and headed out, past the old mill and out to the abandoned church and the misty graveyard north of town.

In the church, they found the priest’s archive and library – including local records and chronicles – as well as a secret passage to the catacombs underneath the church and graveyard. While Aenlinn and Dmitri explored the catacombs, Marike and Wernhart started studying the Wittgendorf records.

From a couple of hours of reading, it seemed the decline of Wittgendorf begun about 100 years ago – the year after Dagmar von Wittgenstein, who had been missing for some time, returned carrying a lead-lined chest. Harvests got worse and the wine grew sour. After a strange unnatural storm two years ago things got much worse; crops and plants twisting and dying, strange diseases and both animals and people beginning to “change”.

The graveyard – including the mausoleum of the Wittgensteins – and the catacombs seemed largely plundered and dug-out. At the mausoleum, the adventurers found a pair of sketchy characters who eventually admitted to digging up bodies and selling them to Jungfrau Margrethe. 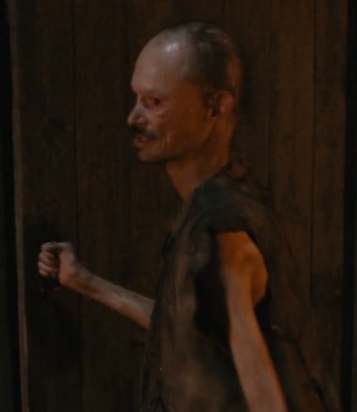 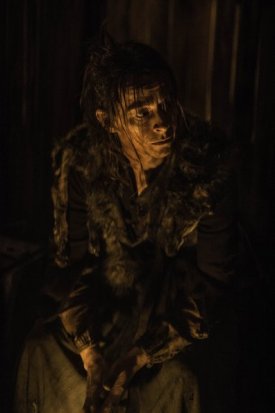 From the catacombs – were, apparently, the famous templar Siegfried von Kesselring was buried – a more newly-dug tunnel seemed to head south toward the town.

Heading back, they met the surprisingly well-dressed local physician, doctor Jean Giraud. Curious about the new visitors, he invited them over for lunch the next day. The adventurers were suspicious – how come he seemed to have been doing so well in this dump? – but tentatively accepted the invitation.